Oil sands development in Alberta has been getting a lot of bad press lately. From Dr. Schindler’s work calling for more science to the federal government of Canada taking over monitoring programs and developing scientific advisory panels.

Early this year, an article was published by Kurek et al (PNAS, 2013) that demonstrated Alberta oil sands development was releasing polycyclic aromatic hydrocarbons (PAHs) into the environment as demonstrated by accumulation in sediments in surrounding lakes. The data showed that these PAHs started to be increase when Alberta oil sands development began and have been rising steadily. I don’t know if this was an earth shattering discovery as it is well known that any type of industrial development leads to increased production of contaminants. It might have been a bit of a revelation for Albertans as they have been told for quite some time that there are no known measurable impacts from oil sands development. We as Albertans use the term oil sands, as the sands are used to generate oil. Others, either choosing the term to be inflammatory or not being politically correct, use the term tar sands. Yes, the oil is sticky and thick and kind of looks like tar but the PC term is oil sands. That is the quick litmus test to tell which side of the fence someone is on, just listen to which term they use.

In the case of the oil sands development and the study by Kurek et al, the contaminants – PAHs, are found both in the oil (petrogenic) as well as produced during the production of oil (pyrogenic). Pyrogenic production of PAHs will include the production in exhaust from trucks and tractors in the transport or open pit mining processes as well as during the coking procedure for preliminary processing of the extracted bitumen. Therefore, oil sands development will result in the potential release of both petrogenic PAHs (from erosion) as well as pyrogenic (from combustion processes) PAHs. Kind of a double whammy! That is where environmental forensics comes in. A new study released on May 13, 2013 by Jautzy et al (ES&T) looked at compound specific isotope signatures of the PAHs to determine their likely origin. This study looked at two lakes in the oil sands region that would only have atmospheric deposition of PAHs (no outcropping of shallow bitumen in the area). Using sediment dating to assess the age of the sediment, extended PAH analysis (parent PAHs, alkylated PAHs and sulfur containing PAHs) as well as compound specific carbon isotope analysis on the PAHs, Jautzy et al were able to determine PAHs found in these lakes were indeed from oil sands production but were likely coming from soil erosion (wind erosion and transport from open pit mining) and not from combustion sources, such as the upgrader facilities.

The primary conclusions of these studies are:

PAHs are being released by oil sands operations (I hope that this is not really a surprise to anyone)
The concentrations of PAHs in the sediment of surrounding lakes are increasing with increased production of the oil sands
The concentrations of the PAHs in the sediments are still well below applicable Canadian Council of Ministers of the Environment (CCME) guidelines, meaning the sediments are not hazardous to the organisms living in the sediments
The carbon isotopes of the PAHs indicate that the PAHs are being released during the mining of the oil sands (erosion), not during the upgrading procedures.
These two studies exemplify the use of advanced analytical and environmental forensics techniques to demonstrate timing of release as well as the likely source of those releases, even on contaminants found below regulatory guidelines. It is very encouraging to see these scientific studies being conducted in the region to clarify the issues revolving around Alberta oil sand development activities. 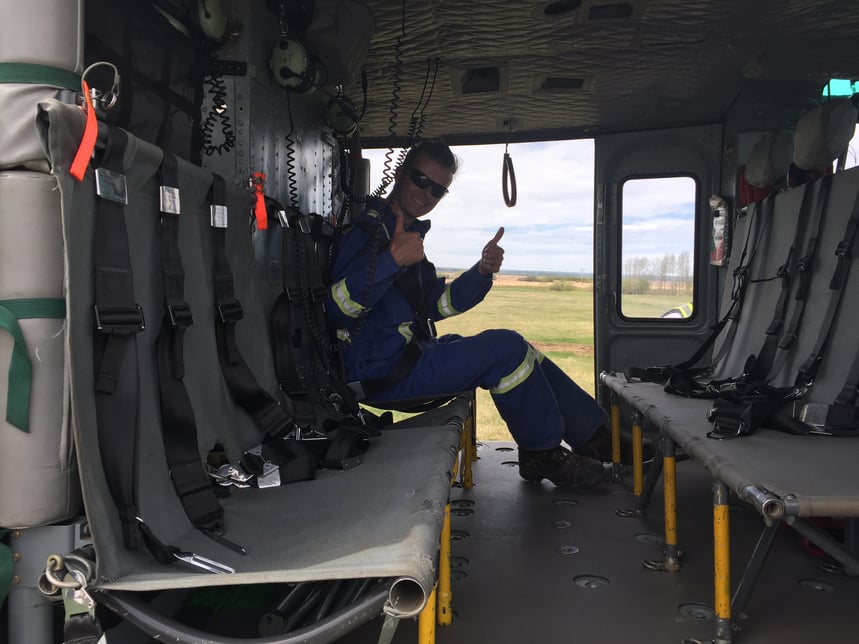