Having recently joined the team at Chemistry Matters Inc., I am excited to have transitioned from academic science to an industry position that has allowed me to apply, on a daily basis, laboratory techniques that I learned and practised during my undergraduate and graduate studies.

Figure 1 – (2D)-TLC Summary. Left – initial step of spotting your sample (blue circle) on a C18 TLC plate. Middle – An organic solvent is used to separate the different components found within the initial sample vertically up the plate. Right – Rotate the plate 90 degrees and then use a more polar solvent to further separate components that were grouped up after the first separation.

During my undergraduate studies in microbiology, I was working on a project to extract secondary metabolites from fungal supernatants that had demonstrated antimicrobial activity. Using an old school method known as two dimensional (2D)-TLC, I would spot the fungal supernatant on a C18 matrix plate. The edge of the plate would be placed in an organic solvent solution which would move and separate the ‘spots’ in one direction based on the solvent used. The plate was then removed and allowed to dry. Later, the plate would be rotated 90 degrees and placed in a different and usually more polar solvent solution.

The purpose of this process was, in the first step, to stretch out the many compounds found within the supernatant that I spotted on the plate along the edge of the plate, creating a sort of “ladder” pattern. Then by rotating the plate and changing the type of solvent I was using; I could stretch out each rung of the ladder to further separate compounds that were all grouped up in each rung. This method of separation allowed me to then extract each purified compound and retest them for antimicrobial activity. Using the figure as an example, instead of having the 5 spots in the middle graphic (blue is starting material) where each spot was a mixture, I would end up having 20 individual spots for testing.

How CMI is using GCxGC analysis

At CMI, we use a relatively new analysis method called 2D-GC-MS (also known as GCxGC-TOFMS). This technique allows us to separate environmental contaminants, ignitable liquid residues (ILR), and petroleum products that would normally co-elute on top of each other using more routine tests. Much like the 2D-TLC method that I used in my undergraduate studies, GCxGC-TOFMS is able to stretch out the gas chromatogram in 2 dimensions, allowing us to visualise a complete chromatogram fingerprint for each sample. In addition, we are also able to get the unique mass spectrum of each peak which can be used to identify that particular compound. 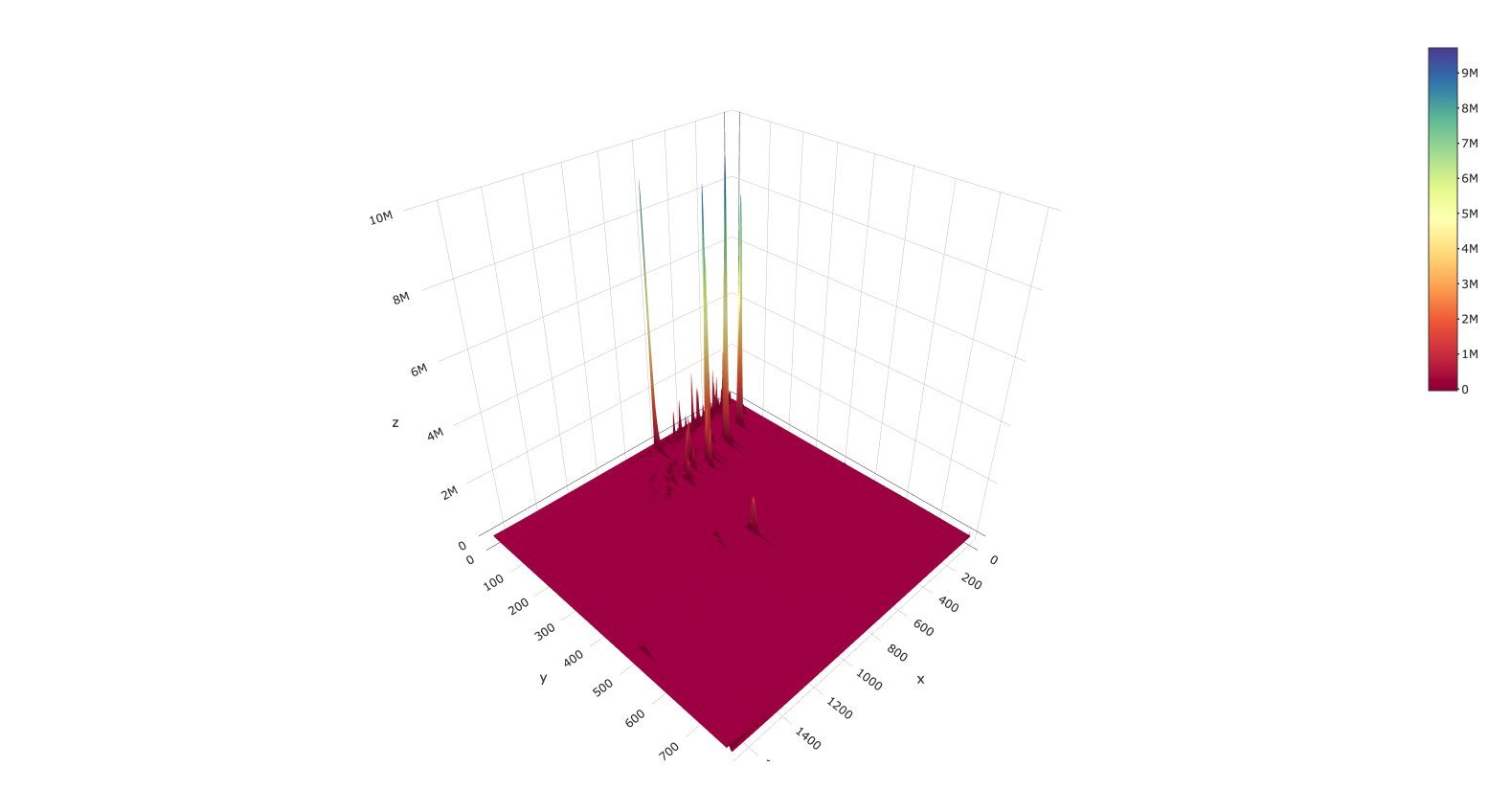 Figure 2 – 3D chromatogram plot of a polycyclic aromatic hydrocarbon (PAH). The peaks of this sample can then be compared to the peaks of another sample chromatogram. Using multivariant statistics, we can determine how “like” the samples are to each other and potentially identify the sample in question.

During my graduate studies in Microbiology and Infectious diseases, I developed big data processing skills, using R and python coding languages, that allowed me to assemble whole bacterial genomes and analyze metabolic gene expression data. These experiments produced very large data sets that required processing in a timely manner. Since joining CMI, I have been working on projects that have allowed me to apply my data processing skills to utilize GCxGC data. In particular, we have been working on a method to compare chemical fingerprints in a variety of matrices using chromatogram peak alignments and multivariant statistics.  Big data and machine learning applied on the chemistry data we are generating!

One exciting project involves identifying a free product petroleum plume to potential reference sources from the site. This has some interesting potential in applications for environmental forensics studies, such as comparing a sample of leaked petroleum product to nearby sources like tanks or pipes and comparing ignitable liquids to potential accelerant sources. This technique, however, only seems to scratch the surface of the potential for GCxGC-TOFMS applications. In addition to environmental forensics work, GCxGC is currently being applied everywhere from the cannabis industry to microbiology metabolomics studies.

If you have a project that involves a lot of compounds or complex organic mixture that might be able to use GCxGC and you need some guidance, contact us with any questions you might have.  We just might have a solution for your particular problem.


Steve Shideler brings his passion for applying scientific knowledge and experience with big data to the Chemistry Matters team. Steve Shideler is and Environmental Data Analyst with Chemistry Matters. He holds a BSc in Biological Sciences with a focus in environmental and pathogenic microbiology, as well as an MSc in Microbiology, Infectious Diseases – both from the University of Calgary.

How Accurate Are Your Lab Results, Really? – Get the best data for your litigation case